An intellectual look on Ayo Fayose's speech by Dayo Orolu.

October 17, 2014
The trending news from my dear Ekiti State seems to have dominated the media space since yesterday. The reality has dawned on us that there's a new face in Ekiti, a new style, ideology and philosophy. Rightly or wrongly, we must accept the fact that from now till (on or before) Oct 15, 2018, Ayr Fayose's is the Governor of my dear state. 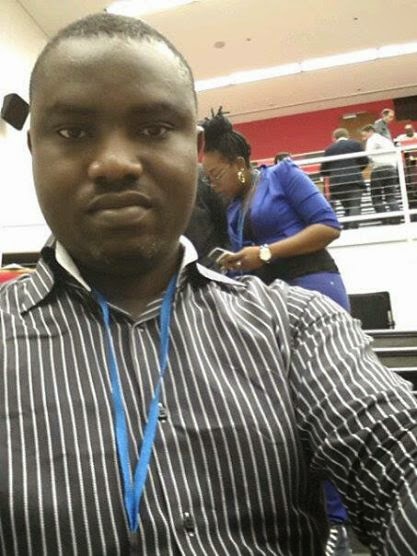 Dayo
Having heard or read about his inaugural speech, here are my few coins on the speech:
1. Stomach infrastructure: let's just assume he meant "Social welfare". If my assumption is founded, may I suggest to the governor to sustain the scheme for the elders initiated by Dr Fayemi and not throw the baby with the bad water. Even if there were concerns that the beneficiaries were relations of APC members, he should expand the list to include his party members and not discard the current arrangement. I also hope the Special Assistant that has been appointed understands the demands of his duties in this regard and would take it seriously and come up with initiatives for other sections of the society that require social support.
2. The Governor of people's imagination: this was to me a very good point. Being the governor the people can relate with is the best way to avoid a disconnect with the people. I would also take his comments on boli and agbo jedi figuratively. I suggest the governor takes a cue from Ogbeni Aregbesola of Osun State in this regard.
3. Debt profile: while I will be the last to believe Gov Fayemi left a debt of 84b left, in the spirit of transparency, I would suggest to the Governor to immediately ask the accountant general of the state to publish the latest available financial statement for the whole world to see. This should also include a monthly breakdown of all receipts by the last administration. In this way, we will know whether to praise or vilify Dr Fayemi.
4. Appointments after June 21: I would advise the governor to review those appointments on a case by case basis. Reversing all appointments made by the last governor after the election will not be in the interest of the people and state. Those that were merited should be allowed to stay while any irregular ones be reviewed.
5. Christmas Chicken: the governor stated he's started raring the chickens to be shared at Christmas. I hope there are no plans to revive the fictitious poultry farms created in his first term. I would advise the governor to rather identify existing farmers in the state and make a commitment backed by performance bond on both sides, to supply the chickens. This will further stimulate the agricultural sector and ensure both Income and expense of the state on this reside within the state. Do not share imported chicken!
6. Government house: the governor asked the people to move to the government house and spend the night. In addition to this, dear governor, please reduce the level of security barricade around government facilities in the state. Similarly, you can take a cue from Gov Fashola about his noise-less convoy.
Other matters
Taxation: part of the sins of Gov Fayemi was the 100% compliance on taxation in the state. I would advise the new governor not to back down on this. The oil revenue is dwindling and the days ahead might be challenging. The state must improve on its IGR. Apart from the formal sector, the governor must look at the informal sector including his okada rider supporters. They must pay tax to the state from their income no matter how meagre. Again, effective communication is key here.
Teachers Assessment test: I would suggest to the governor not to discard but rather review this policy. In view of the importance of their roles in the society, Teachers must be ready to continually upgrade themselves to face the changing times. Education is in crisis in Nigeria and all necessary steps must be taken to address the situation. I would also suggest students pass rate in major exams should be Included as part of yardstick for teachers promotion.
In conclusion, I was a fan of Gov Fayose prior to his election in 2003. I felt his election in 2003 provided a ray of hope for the rest of us with similar humble background. But not long after then, he lost me completely with his public utterances and behaviour. The fictitious poultry project and the Ado-Ikere road that didn't last 6 months nailed the coffin. Here's another chance to win back a lost fan. I didn't wish you success at the polls, but against my wish, you are on the seat now. I now wish that sooner and not later, I and other critics would have been disappointed by your matured public disposition and frugal use of the state resources.
I wish Gov Fayose the very best.