August 18, 2015
Ordinarily, the subject of this opinion should not be in a sane clime.  For so many reasons, the commonwealth of a nation has been hijacked by some privileged few. Though few but powerful in and outside of power most times.  Nigeria is a nation ruled by selfish interests.  Government policies are formed based on the views and interest of a minister. Most government decisions are either to witch hunt political enemies or make the rich become richer.  So a set of jobless men and women gather under the pretence of activism to secure the attention of a minus, who occupies very key government position, to steal the nation dry.  We are a great people without conscience that works.  Our policies inconsistencies have done more harm than good to us a people.  The bases of our entrenched corruption, among other things, are outlined above.

As a people we either continue some of these evils above or make up our minds to depart from them. But I think changing a government that has increased our speed into corruption confirms we are ready for a change.  If truly we are positioned or set for positive changes, then we must be ready to assess where we are, where we missed the line as a nation and set the new rules going forward.  While I speak not for the Nigeria presidency, but I believe these among other things are the intention for asking questions or wanting to seek that all stolen monies are returned to the national purse while the culprits face the music in court.
President Muhammadu Buhari’s handlers also know this is not a military regime; hence all convictions must follow the law. The Vice President, Prof. Yemi Osinbajo, is a lawyer as well as a professor of law. He should know nothing, including crimes convictions, is made on the pages of newspapers or opinions emanating from beer parlors.  Hence the fears of the National Peace Committee members are addressed from that angle. What is of particular interest to discerning minds is the pressure these men and women, ranging from the speech and interviews of its spokesman, Bishop Matthew Kukah are mounting on the president. Among these committee members is Pastor Ayo Orijasafor, CAN president. Please can he answer where he was when this government was sworn in? Where were him and some of his “elections pastors” when President Buhari was labeled all kinds of names? I think that was corruption though. A church leader or any leader for that matter should stay apolitical.  Taking sides as a leader can be detrimental. 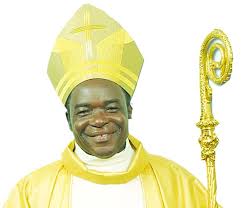 President Muhammadu Buhari rose into power based on integrity, anti – corruption and change crusade. It should be stated that for any nation that hope to foster development, none of these key indicators can be under played.  We are where we are today because none of these values was valued. Our politicians, no matter the political parties, only play to the gallery when it comes to corruption. When consequences’ of actions are not determined, offenders have safe ride home with the common wealth. In Nigeria, such has been our condition.

Distilling my view to the ongoing talks about the National Peace Committee’s visit as led by General Abusalam Abubakar to President Muhammadu Buhari, I think for any nation that yearns for development peaceful co existence is a non negotiable.  While I agreed with them that doing probes may limit the speed of government, but we must admit that the speed of a driver does not necessarily mean the car is headed somewhere meaningful but the proper navigations of the driver towards the right path.

If our common wealth has been transferred to personal and private purses, should a government who promised us change look the other way? More disappointing is the views of one time revered Bishop Matthew Kukah. I usually think Bishop belongs to the colony of saints not until his recent outburst on channels TV as monitored by Punch newspapers. Hear him. “I think we didn’t all expect that we would have to wait till September to have ministers and I think that unless we want to be hypocritical, many of us have openly said that if this was the fourth time that President Buhari wanted to be President, and successfully became President, the truth of the matter is that you would have identified many Nigerians across the board who are fit to do the job but again it is his prerogative to decide how to govern. But I am saying that given what we heard the APC said, given the claims that the APC made, the level of their preparedness, the level of their decision to change, well, we need that change clearly spelt out.

That change cannot definitely just be a change of actors. It ought to be a change that we can visible see, a government that is fully prepared. The elections were concluded and there was a period of time in-between. Finally, all I am saying is that we need a bit of action; otherwise, Nigerians will expend their energies on the wrong things. We still have a lot of battles to fight and I think we will really need to focus on a lot of the problems that this country faces and to figure out by way of conversation and policy direction, where are we heading? Boko Haram may stop tomorrow but I can tell you that will just be the beginning of the most complex and complicated problem of trying to fix this country. How all these problems are going to be solved require a lot of thinking. As for how this country will move forward, President Jonathan was eloquently clear in saying that he was not afraid of probe but we are saying that if you are going to a forest to catch a monkey, you don’t go blowing a whistle or beating a drum. And I don’t think that we should be preoccupied with how this probe is going to be undertaken. There are no charges against President Jonathan or anybody for that matter. And please let me make it very clear, anybody is free to approach the committee with any ideas, including former President Jonathan or President Buhari”.

A peace committee spending a full hour with GEJ and his board of Trustee members before going to see the president smells a rat. A supposed national peace committee has now changed terms of reference to begging tools for corrupt officers? I think our Bishop and his committee should watch it.

Bishop Kukah should be told that previous governments had thronged the path he is suggesting without any benefit to us as a people but those privileged few among whom he belongs. The speed of a decision does not make it right or wrong rather the thoughtfulness of it. Is Nigeria collapsing for not having ministers yet? Is power supply not becoming relatively stable despite no minister appointed? I used to think Bishop Kukah knows better than this. Our bulk of corruption lies in the haste of government appointments without merit.  You may want to ask Is President Muhammadu Buhari going to appoint angles from heaven as ministers? May be not but allow the man take quality decisions on such matters will pay us as a nation collectively, not the cabals. More so when it was these same set of cabals that frustrated all attempts by the immediate president, Goodluck Jonathan, from doing anything tangible in 6 years. They hoodwinked him terribly.
More importantly, we the voters must take our destinies into our hands to resist any attempt to foster bad leadership on us by anyone, any political party and cabals. The train of progress moving fast should crush anyone whether APC or PDP members found of corruption. This deadly enemy of progress, corruption, knows no party line. It has crippled our educational system, rendered our health sector comatose, destroyed our economy and seem to have paralyzed our future. Every true Nigerian must throw heavy weight behind any leader taking us to the dream land, even it means sacrificing those who looted our commonwealth.
On corruption free nation I stand!!!