September 28, 2015
US President Barack Obama has warned world leaders that they will not meet new UN anti-poverty targets without tackling corruption and ending discrimination against women, gays and other marginalised groups.
Obama spoke at the launch of the UN’s new sustainable development goals (SDGs) on Sunday in a diplomatic meet that has been overshadowed by conflicting Western and Russian approaches to Syria’s civil war. 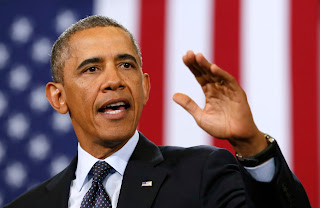 “Development is threatened by bad governance,” Obama said in a 28-minute speech in which he criticised unequal societies and discrimination against women, gays, disabled people, ethnic minorities and other groups.
“In the face of corruption that siphons billions away from schools and hospitals and infrastructure into foreign bank accounts, governments have to embrace transparency and open government and rule of law,” he said.
He spoke on the final day of a three-day meeting on the SDGs – a blueprint of 17 targets to end poverty globally and tackle other problems that each of the UN’s 193 members has agreed to work towards, voluntarily, until 2030.
Advocates say the goals are a noble effort to improve the planet. Critics say they are too ambitious and, with an estimated annual price tag as high as $5 trillion, too costly for a global economy that is still recovering from the 2007-08 credit crunch.