Reuben Abati: The Senate, CCT And The Politics Of Saraki’s Trial

April 22, 2016
The present Senate serving the Nigerian people runs the risk of being remembered as the worst since 1999.  Public Relations Consultants and media officials of this particular Senate have done their part flooding both the print and the online media with details of how productive the Bukola Saraki-led Senate has been, and they have been quite aggressive in telling us about 30 important Bills which when passed, will change the face of Nigeria and deliver change. 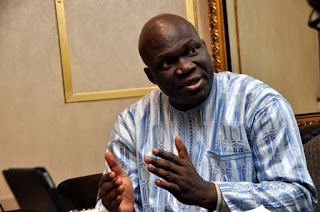