October 05, 2016
Lagos State Chairman of the People’s Democratic Party, (PDP) Otunba Segun Adewale (Aeroland) has urged party members to remain focus and dedicated to the party for its victory in the coming elections.

The PDP chieftain gave this charge yesterday while interacting with party faithfuls who paid him a courtesy visit. The Chairman used the occasion to donate a 2010 Toyota Camry to Mr. Ayodeji Jones (Ward J) of Lagos Mainland Local Government Area, Lagos State‎. Adewale (Aeroland) noted that the beneficiary has always been a committed party faithful who is selfless, dogged and willing to serve. He urged others to emulate Ayodeji’s good qualities. 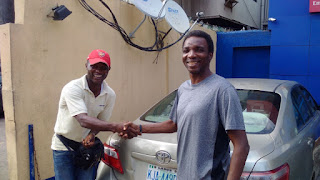 In his response, Ayodeji expressed deep gratitude to Otunba Segun Adewale saying this gesture will indeed turn around his fortunes; more importantly with the current harsh economic downturn.  “In Lagos state, Otunba Segun Adewale is a dependable leader, selfless giver and passionate about his followers. I never dreamt of having a car. But here I am today with this gift. I am grateful to our leader Aeroland” Ayodeji stated.
The chairman said misunderstanding in some states within the party would not divide the party but should make it come out stronger to defeat the current All Progressive Congress (APC). He noted that Nigerians now know "the difference between those who can deliver on their promises and the present crop of leaders that are unprepared for true governance” 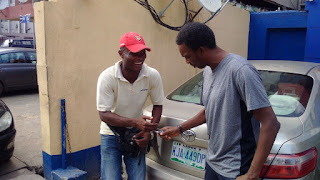 He urged members of the PDP in Lagos State not to be bothered by the fellow parading himself as the State PDP chairman stressing that “new things are coming the way of Lagos State chapter of the party. Just be patient with the state executive under my leadership”.