May 25, 2018
Olusegun Mcmedal who was elected the chairman of the Lagos State Chapter of Nigerian Institute of Public Relations (NIPR) in 2016 has been re – elected for a second term during the Leadership Lecture and Annual General Meeting 2018 held on Thursday, May 24 at MUSON CENTRE, Onikan, Lagos. 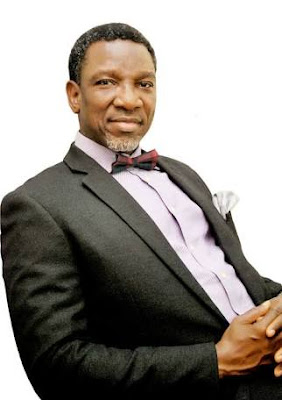 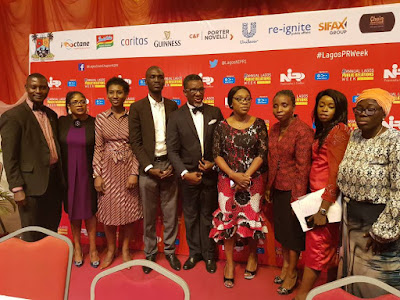 NIPR Lagos new executives
Speaking on behalf of the team, Mr Segun Mcmedal pledged to continue the repositioning programme embarked by his administration and also pledged to run an all inclusive tenure whereby the contribution of all the members would be sought for.
In an exclusive interview with brandcampaign.com.ng the Mr Mcmedal promised to make that the Chapter maintains that same highly recognised standard that rates her the best amongst the comity of chapters in the country.
During the course of the Annual General Meeting of while the members acknowledged the excellent performance of the executive in the past two years,  they also asked for more ground breaking achievements that should include hosting the West African Public Relations Association conference, African Public Relations Association conference as well as International Public Relations Association Conference.
The 2018 Leadership Lecture and Annual General Meeting had as it’s theme “Boosting Competiveness And Inclusive Growth Through Communication. The Special Guest of Honour at the event was Mrs Olusola Momoh the Vice chairman of channels Media Group, Mr Foluso Philips, Chairman /Chief Executive Officer of Philips Consulting Group as Guests Lecturer, Mr Emeka Madugbuna, Chairman /Chief Executive Officer of Corporate And Financial services Porta Novelli as The Chairman of the Panel, Mr Tokunbo Modupe of Tpt International as a panelist Mr Hammeed Abubakar the Group Director, Consumer and TMT Sector,  African Practice and Dr Mrs Nwachukwu the General Manager, External Affairs and Communications, Seplat Petroleum Development company.