November 08, 2016
Lagos State Chairman of the People’s Democratic Party, Otunba Segun Adewale has expressed worries that the party chances in the coming bye elections in Ifako-Ijaiye Federal constituency may be shaky.

He said this on the background of recent activities of the illegal faction which he noted may jeopardise the party's chances in the forthcoming bye-election. Adewale said that all his efforts to reach an accord ahead of the bye-elections with the Markafi led faction in the State have been rebuffed.

"I am concerned because I do not wish for events in Edo and Ondo State where our party fielded two candidates for the same elections to be replicated here in Lagos".
"I am also concern because we owe the good people of Ifako Ijaye Federal Constituenncy quality representation at the National Assembly as enshrined in our party manifesto. We can't afford to lose focus on the plight of our people just because of political party internal affairs that can be resolved amicably if indeed our effort is geared toward provision of service to the people."

The Chairman said "knowing the implications of fielding two candidates for same election, I approached Salvador led faction and proposed that we hold a single primary election where all aspirants are allowed to participate in a free and fair atmosphere for the good of the party". 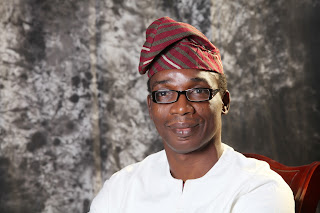 "Rather than accept the olive extended by us, they have remained head strong, going ahead with the sale of party nomination forms to members of their illegal faction in total disregard of recent ruling indicating that the State Executive Council led by my humble self is the only legally recognized body to act in that capacity".
Adewale insisted that his State led PDP Executive is the only legally recognize body saddled with the responsibility of managing the affairs of the PDP in Lagos State. According to him "Hon. Justice E. O Abang on Friday 14th October 2016 ruled in favour of Prince Biyi Poroye as the validly elected State Chairman of Ondo State saddled with the responsibility of managing the affairs of the party in the state. This landmark judgement prompted the Independent National Electoral Commission to publish of Barrister Jimoh Ibrahim as the party’s gubernatorial candidate in the coming governorship election. I was joined as Applicant/Creditor in the said suit No. FHC/ABJ/CS/395/2016.
"With this judgement still in place, anyone acting outside my State-led executive committee obviously contravenes the order of a court of competent jurisdiction, hence, does so illegally".

The State Chairman however stated that despite the illegality of Salvador's faction, he is willing to work with all members of the PDP in Lagos State to ensure the success of the party in the coming bye-election and all other elections going forward. "It is only when we are united that we can win an election, I am worried that their actions may cause us the seat. My plan is that we jointly handle all activities leading to the bye-elections.

"Despite that these nomination forms have been sold, we can still come together to conduct a joint primaries election and allow whoever wins to fly the party flag at the election. There is always a way out of any crisis and all we need to do is to come together to discuss modalities to reach a political solution to end this unbrogolio".


Adewale, also known as Aeroland however sounded a note of warning that if this faction refuses his last chance for them to see reasons and allow for a common primary that will produce the party candidate in the bye-election; he will have no other option than to conduct the primary without their aspirants. "We will also move to enforce the illegality of the Salvador led executive which will lead to the aspirants buying form from him in the cold.